YOU WON’T RECOGNIZE THESE CELEBRITIES WITHOUT MAKEUP, BUT YOU WILL RECOGNIZE MY COUSIN AS A FORCE TO BE RECKONED WITH IN COMMUNITY THEATER

It’s always a shock seeing famous people without makeup. When you’re used to seeing a celebrity in movies or on TV, it can seem like you’re looking at a different person when you see them without mascara, lipstick or eyeliner. It’s amazing how transformative a little makeup can be—almost as transformative as my cousin Devin’s performances in such plays as Cabaret and Death of a Salesman in the Phoenix regional-theater scene. He recently earned a Rising Star nomination from the Arizona Regional Tonys, which should bolster his profile and lead to more bookings—and, god willing, allow him to work fewer hours at Menchie’s. You won’t recognize the following actors and pop stars without makeup—but you will damn well recognize my cousin as a force to be reckoned with in community theater! 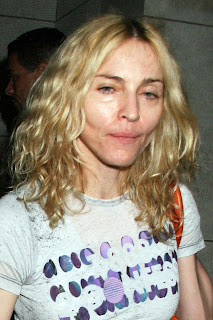 MADONNA
Madge may be the Queen of Pop, but without makeup she looks more down-to-earth than regal. Speaking of regal, my cousin Devin earned a rave review from the Town Blurb, the third-largest neighborhood newspaper in Phoenix, for his performance as King Henry II in a production of The Lion in Winter. The reviewer took note of Devin’s convincing portrayal of a character far older than him, while offering some mild criticism of his tendency to loudly clap his hands together whenever he isn’t speaking. 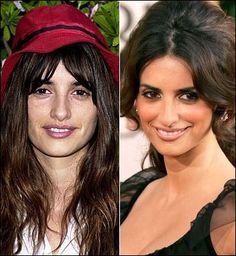 PENELOPE CRUZ
This Oscar-winner may be one of Spain’s most glamorous exports, but sans makeup, she looks like the lovely yet approachable barista who brews your coffee in the morning. My cousin Devin played a barista in a play he wrote called Beany Baby, about two coffee shop employees who decide to steal Christopher Plummer’s chair. It ran for ten performances at the Arizona Theater Company until Christopher Plummer found out about it and sued them for defaming his chair. 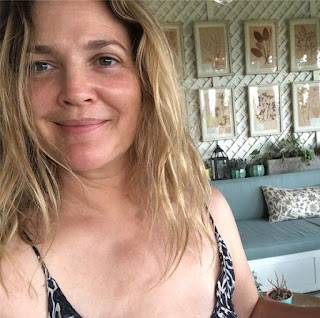 DREW BARRYMORE
The Santa Clarita Diet star may not be wearing the kind of accoutrements that we’re used to seeing her sporting on the red carpet, but that doesn’t mean she looks any less lovely! I’m proud of Drew’s stripped-down look, although not as proud as I am of my cousin Devin, who in 2014 managed to break the record for the longest production of Glengarry Glen Ross, at eight hours and forty-four minutes. He managed the feat by instructing his actors to leave eight-minute pauses in between sentences. Every audience member demanded their money back, and the Guinness Book of World Records refused to print his record due to what they deemed its “rank insignificance,” but I still admire him for earning no fewer than 400 death threats for his efforts! 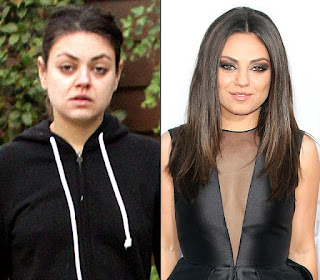 MILA KUNIS
The star of That 70’s Show and Black Swan rocks a casual, Sunday-morning kind of look here, as if she’s running to the corner store to grab coffee. My cousin Devin once threw hot coffee in his own face onstage to increase the buzz around a production of True West he was costarring in. There was no scene in the play in which anyone throws coffee in their own face, which made the decision more incongruous than compelling. It also didn’t help that Devin spent the rest of the performance writhing in pain on the floor while—it should be noted—still nailing his lines. Still, Devin’s decision was to me just as bold as Mila’s lack of blush, and presumably left more scars!
Posted by Darren Springer at 07:28